Another one of the original mothers contacted the campaign to give her story of what really happened during the time she was served an eviction notice whilst living at Focus E15 hostel. She wishes to remain anonymous.

Q1: How did Newham council support you while you were living in and being evicted from Focus E15, nearly 3 years ago?

Personally I feel like there was no support from Newham council. We were initially given a list of landlords and we were told to find our own accommodation. We all were desperately calling and trying to find somewhere to live but we had no luck. Then out of nowhere I heard we were getting moved out of London,  this is when all the panic set in.

Not once did Newham council contact me or had meetings to explain what they were planning on doing – they basically left it up to the support workers at Focus hostel, and sometimes they couldn’t even give us answers.

Q2 This is a quote from Newham councils comment on our website; ” The council, working closely with East Thames, has gone above and beyond to help find suitable accommodation for all the supported young people … Many found move on accommodation of their own while East Thames and the council helped many more.”  Is this accurate and how does it make you feel?

As for helping us find suitable accommodation- trying to send us away from our families and friends is not ‘helping’. If we didn’t come together as mothers and if we didn’t fight -only God knows where we would be right now. 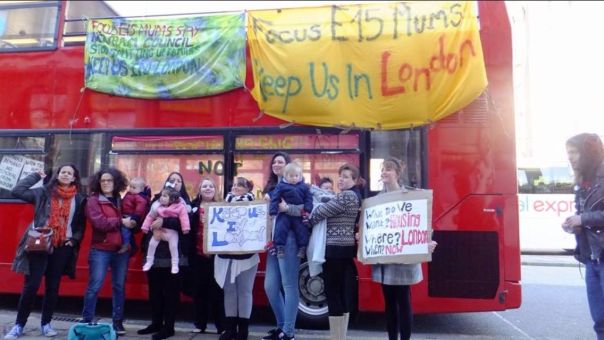 Q3: Do you know of any residents that were socially cleansed or made homeless from Focus E15?

We were told to move out of London. The few who moved out of London – I’m sure they regret it and I believe the only reason they took the offer was because they felt they had no choice and others just wanted to get out of Focus ASAP, some might even regret moving so far away but the rest of us had to fight to stay in Newham/London with our families.

Q4: Where do you think you will be living in a years time?

Who knows where I will be in a year. Anything can happen from now until then.

Focus E15 campaign will be publishing more interviews with the original Focus E15 mothers over the next 10 days.