It all started three years ago, when 29 young mothers fought back against their evictions from Newham.

They refused to accept that their children would have to grow up without knowing their families, and that they would be cut off from their friends and communities. They demanded to be kept in London, to continue to live in the area they know as home.

After a fierce and lively campaign, Newham council conceded to the demands of the mothers and rehoused them in the local area. This was a victory for the mothers, and the Focus E15 Campaign was born.

Since then, the campaign has grown beyond what any of us could have been imagined, and Focus E15 has successfully brought the issues of social cleansing and unjust housing to the forefront of the political left and into the public eye. Joined by residents, feminists, anarchists, academics, theatre makers, artists and by the regular input of the East London Revolutionary Communist Group, the campaign with panache, determination and steadfastness  has kept a weekly presence on the streets for 3 years.

On the first anniversary of the campaign, we staged a political occupation of four boarded up homes on the Carpenters Estate, where 600 empty homes sat in the shadow of the Olympic Park. Newham Council had said the properties on the estate were inhospitable, allegedly due to asbestos. Yet outrageously, during the Olympic Games, the council accommodated the Press in some of the depopulated flats in the tower blocks. This direct action brought attention to the fact that in a London Borough where 20,000 people are on the social housing waiting list, perfectly good homes sit empty, left to rot in order to justify their demolition to make way for luxury apartments.

Boarded up council flats were liberated to create the Open House

Council Homes available. Newham council promised to rehouse 40 people back on the estate

The Occupation lasted for two weeks, during which Focus E15 were harassed by the council and our water supply was cut off. But with increased public support and media attention, the council, led by Robin Wales was forced to issue an apology in The Guardian newspaper. We left the occupied flats, peacefully and of our own accord, and the council agreed to open up 40 empty properties on Carpenters Estate, providing homes for people who desperately need them.

Last year, for our second anniversary we held a March Against Evictions, across the borough of Newham. Over a thousand people marched with us in solidarity, demanding safe and decent homes for all. The march ended back at the Carpenters Estate, and brought together an amazing assembly of local community groups, housing activists, squatters, communists and so many more. It was an amazing day, and demonstrated the growing strength of a grassroots movement for just housing.

Focus E15 has continued to go from strength to strength; fighting against evictions, homelessness and social injustice, and helping to inspire and empower disenfranchised and marginalised communities. Every week we are on the street, at our stall talking to the public, engaging with local communities and helping those that seek our support to raise awareness of the housing crisis. The campaign has demonstrated at council meetings, occupied empty council flats, accompanied  residents to housing appointments, demonstrated on  balconies, held rallies to raise awareness around housing and mental health issues and ensured that the street stall has a strong anti racist stance.

This year we managed to acquire some funding to open up our new office space, Sylvia’s Corner, named after a nod to the militant suffragette Sylvia Pankhurst. It is fast becoming a radical hub in East London: open to other campaigns, hosting political meetings, screening free revolutionary films and providing a space for the local community to come and engage with the campaign. Spaces such as Sylvia’s Corner are becoming ever more necessary within the continuing gentrification of London. We must make sure that as grassroots working class activists we continue to hold spaces in a city that private developers and landlords are trying to claim solely as their own. 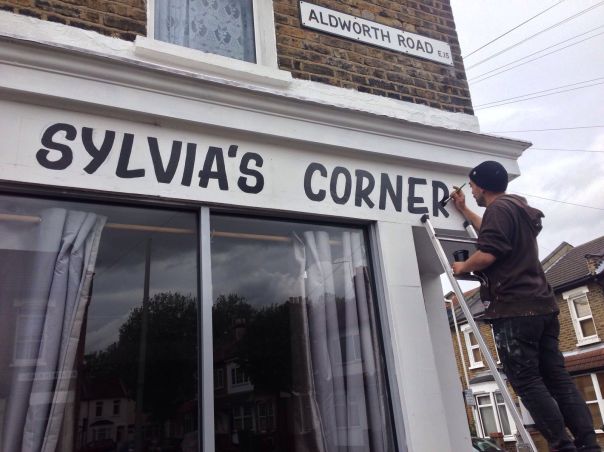 Recently Focus E15 has been supporting an emerging campaign of mothers who have been pushed out of their homes and out of London by Waltham Forest Council. Boundary House Residents Fight Back have been fighting against appalling conditions in their temporary accommodation. Young children have been forced to live in one room apartments, with mould, cockroaches, dangerous facilities and large windows that do not lock, leaving a potential death trap for inquisitive children in the third floor flats.

Boundary House accommodation, in Welwyn Garden City, is over 20 miles, and an expensive train fair, from Waltham Forest. Young mothers have been forced to quit their jobs as they are not able to afford the commute. They have been separated from their families, their support networks, and dumped in rundown accommodation that was originally built to accommodate single training nurses and midwives, not familes.

Waltham Forest Council have told us that “Boundary House meets their required standards for temporary accommodation”, and they have admitted to encouraging residents to move into the private rented sector. Focus E15 has supported the residents in stating that this is simply not good enough. Boundary House Residents have begun their fight back against their unsafe housing, staging protests at the council housing office and holding a ‘Nag Week’ by bombarding Waltham Forest Council with complaints.

Three years ago, Newham Council underestimated the strength of working class mothers coming together and demanding their right to safe and decent housing in London. Today, Newham Council sees us as a threat. They continue to try and undermine our struggle, from harassing and detaining our campaign members to stealing our tables.

But we will not be silenced and we will not be stopped. We have a lot of struggles ahead, most notably with enactment of the Housing and Planning Act, which if successful will essentially mean the end of social housing.

A banner was unfurled outside the custody suite, stating our demands

But together we are stronger. Working collectively, with grassroots and working class movements leading the way, we will continue to fight against social cleansing and for safe and decent housing for all.

Three years ago, 29 young mothers demonstrated the power of the people working together and fighting against injustice. Today, with working class mothers at the front and heart of our campaign, we continue that struggle.

In the words of Jasmin and Sam;

“This is the beginning of the end of the housing crisis”

Join us to fight for long term secure housing at the first of a series of events marking 3 years of the Focus E15 campaign. We will be having an anniversary street stall outside Wilkos on Saturday 24 September at 12-2pm. Join us!