Robin Wales, head of Newham Labour Council since 1995 and Labour Mayor of Newham since 2002 is facing the possibility of deselection by the end of this coming week. Rokhsana Fiaz is standing against him for the Labour mayoral candidacy and the results will be announced on Friday 16 March after local Labour members have voted. Robin Wales is running scared and after decades of promoting policies of social cleansing of working class people, forcing them out of the borough, he now proclaims himself a socialist and a radical. We know that nothing could be further from the truth.

If this is the end of the reign of Robin Wales, now is the right time for community groups and campaigns to put maximum pressure on the new Mayor and not let the Labour council off the hook.   Focus E15 campaign is endorsing a people’s charter for Newham. It is a work in progress and is intended to spark debate and discussion about what kind of Newham we, the people, want.

Focus E15 campaign presented this idea of drawing up a people’s Charter to the prospective Mayor, Rokhsana Fiaz on Saturday 10 March 2018 at her surgery in Custom House. If your group or community would like to endorse the People’s charter please email the campaign and we will add you onto a list focuse15london@gmail.com. 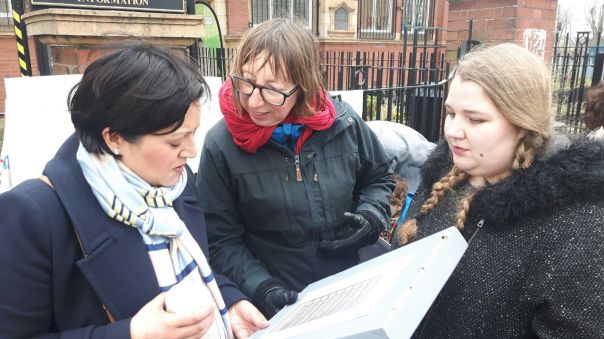