Focus E15 campaign split forces on the morning of Saturday 14 July. Our street stall was set up on Stratford Broadway by some, whilst others went to meet Newham’s new Mayor, Roksana Fiaz, at her surgery in East Ham library. Our determined group comprised of campaigners and residents from the hostel Brimstone House in Stratford, residents from the tower block Ferrier Point in Canning Town as well as local families facing eviction, all coming together to raise concerns.
We bartered a collective meeting with Roksana Fiaz and she listened to everyone’s concerns in turn which meant the meeting lasted over 1 hour. This was quite a difference from the Robin Wales experience we had been use to, where young mothers were treated with utter contempt and disdain.
Roksana Fiaz and the councillor Susan Masters who was also present were both updated about the dehumanising and prison-like security at Brimstone House, the ongoing battle against intentional homelessness, the fight against poor housing conditions and the horror of bailiffs, the inadequate housing provision for people with disabilities and children, and the way in which people are treated in the council housing offices. The message was clear, that people want permanent and appropriate housing in their communities. Roksana Fiaz instructed her staff about the issues that need following up urgently and said that her officers and the councillors need to meet with residents to hear these problems first hand. Focus E15 campaigners also raised the issue of the empty homes on Carpenters estate and she said that in the Autumn she will meet with Carpenters residents and others with updates and plans.
Focus E15 campaign will be following up all these pledges and promises. 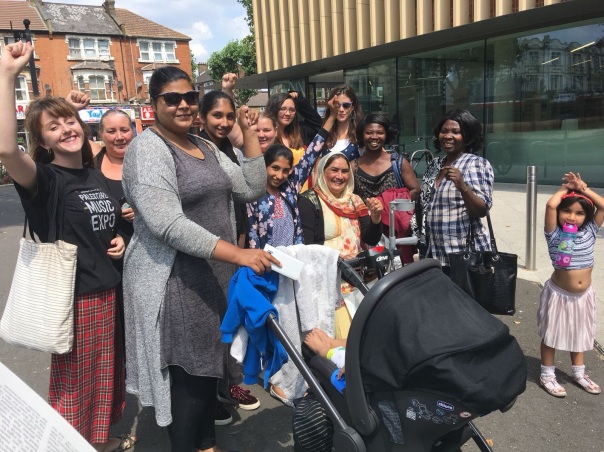 Meanwhile, at our stall we were joined by a very worried resident of Ebury Bridge Estate in Pimlico as Westminster Council has just voted to demolish their estate. We discussed our experience of campaigning and suggested the next steps and tactics – watch this space for an upcoming meeting in Pimlico which everyone is welcome to support!
As we ate some lunch after the street stall and the meeting, we were found by a group of housing activists from Denmark who had come to make links with Focus E15 campaign. They are part of an important new housing campaign in Copenhagen, fighting against the ‘Ghetto List’ – part of a shocking new Danish policy whereby areas are becoming known as ghettos, rights are being denied to those living in those areas – the people who live there are predominately non-western European and working class. Under the new law, children will be forced to attend day-care centres to learn ‘Danish values’, residents can receive lower welfare benefits than elsewhere, and punishments for crimes committed in the area could potentially be given double the amount of a normal sentence. Our new Danish friends said that they would be writing a blog for our website addressing their struggle, but in the meantime, see an article about this issue here: http://www.middleeasteye.net/news/isolation-not-integration-minorities-targeted-danish-ghetto-policy-denmark-1826345568 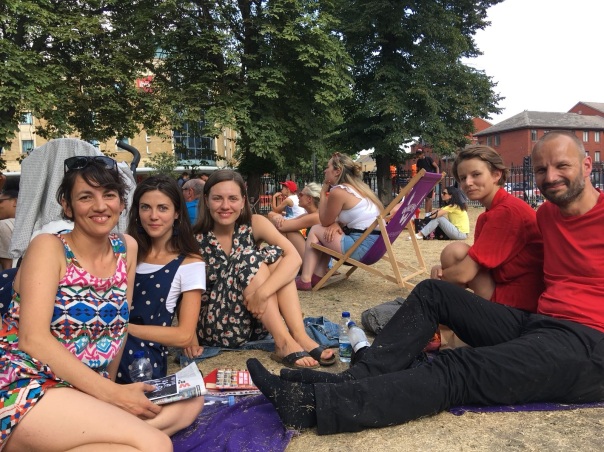 We finished our Saturday marching for Grenfell – the most shocking symbol of all the struggles in the housing crisis. We will stand with the Grenfell community until there is justice. 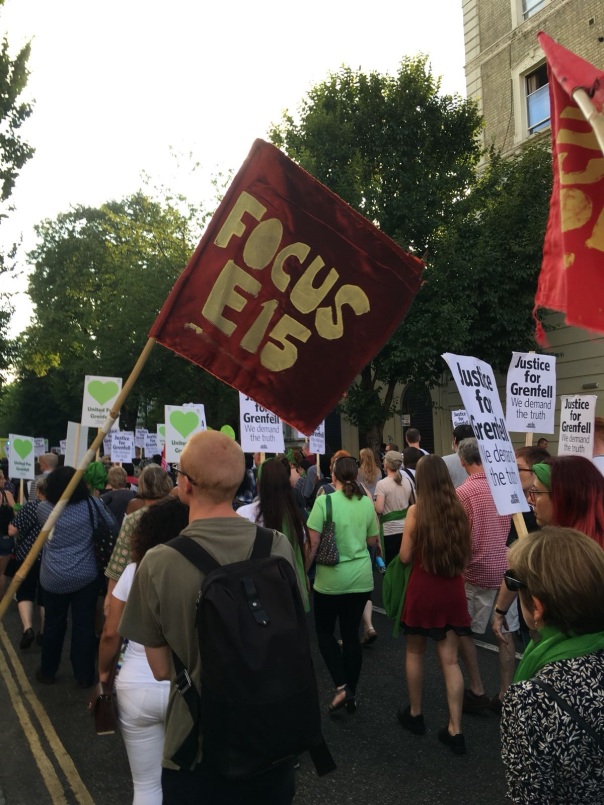 Please join our housing campaign on the streets next Saturday – and remember there is a place for everyone! 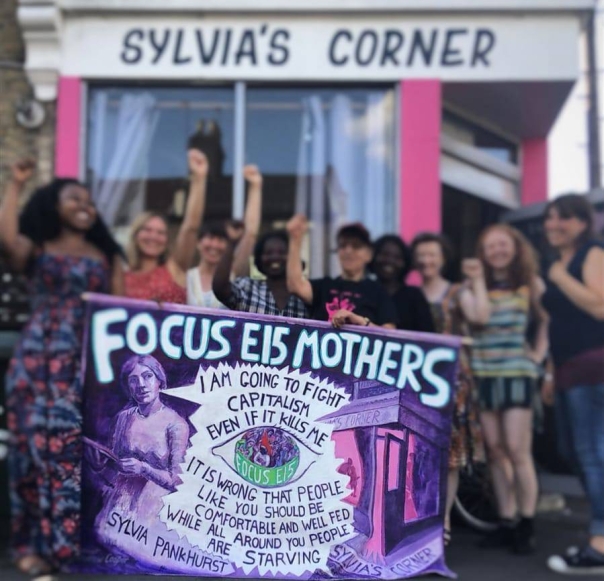