The Focus E15 campaign has been catching up with some ex residents from Focus E15 hostel, asking them how they feel about Newham councils recent comment on a previous blog post on this website. In this comment, the council claim that they have “ gone above and beyond to help find suitable accommodation for all the supported young people living in the foyer (Focus E15 hostel)“.

The first to be interviewed about this statement is  Keira Josephs, a mother & ex Focus E15 resident.

Q1: How did Newham council support you while you were living in and being evicted from Focus E15 hostel, nearly 3 years ago?
They didn’t support me at all. If it weren’t for the mothers of Focus E15 coming together and starting a petition we would have ended up out of London. Even when we came together they were still messing around with some of us. I was first offered a place in the olympic village which I was eligible for as I was a student and entitled to a two bed, but they withdrew the offer with out reason and then offered me a property in Birmingham which I refused as it was too far away from my support system.
Q2: This is a quote from Newham councils statement; “The council, working closely with East Thames, has gone above and beyond to help find suitable accommodation for all the supported young people living in the foyer. Many found move on accommodation of their own while East Thames and the council helped many more.”  Is this accurate and how does it make you feel?
No this is not true and this statement makes me very disheartened and concerned as to who they actually did help. If they really supported the mothers and babies they would have made sure we got council properties.Instead most of us were thrown into private accommodation – which isn’t affordable – if we did want to go into full time work.
We were not and still are not mothers who want to sit and claim benefits. These are young mothers who are still pushing and trying to make something of themselves – for their children’s sake so why not give us that extra stepping stone?
I’ve been in this accommodation for two years now. Newham council removed me off the bidding register which I had been on since I was 17 and I still have another year before I can register to go onto Barking and Dagenham’s bidding register. I was getting to the top of the list and they just took me off just like that! So yet again I say, if they were helping and “going beyond”, why am I in this two bed, not under any borough, just living in accommodation that is priced at £1000 a month? Does this sound like suitable accommodation for a single mother of three who doesn’t receive financial support from her family?
Q3: Do you know of any residents that were socially cleansed or made homeless from Focus E15?
Not everyone that wanted to stay in London found a place, in fact some people were being moved out of London discreetly before we began the petition. Another girl –  a mother and baby (but living in the actual block instead of being moved to the mother and baby unit), she only got a place in London because luckily her father was able to help put down a deposit for rent.
I’m not sure if any one was made homeless, but we would have been – had we not put together the petition and started campaigning. The council were not willing to find us anywhere within London and that was being told to us over and over so I will not stand for them taking credit for something which they played no part in!
Q4: Where do you think you will be living next year?
I’m already closer to Essex a place I didn’t desire to go. At this rate I may not even live in England in the next year! They’re not expanding and investing in the community for the people of the communities sake: it’s for the sake of tourists and money! 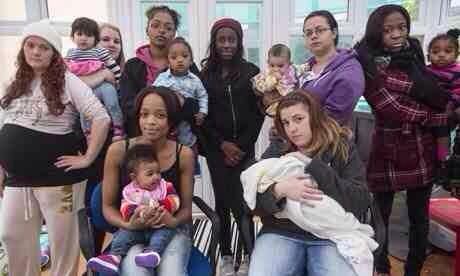